Wow.
I think this is the coolest write up I have ever done on this blog.
I ran across some old pics of 90s fitness model Themis Klarides, and since I always thought that she was gorgeous, I decided to find out what she was doing now.
Well it seems that after being an incredible fitness model, she became a ring girl for the WWE.
So fitness...then pro wrestling.
But wait....there's more!

So here is Themis in her muscle mag days..... 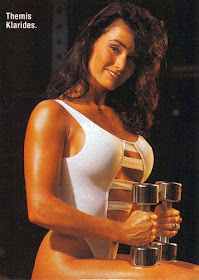 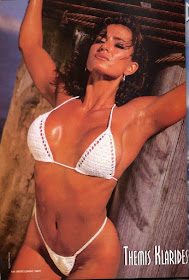 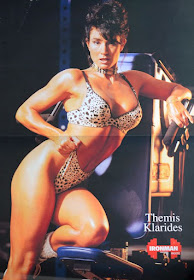 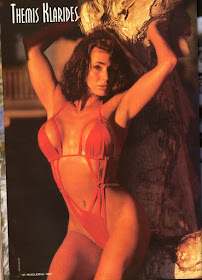 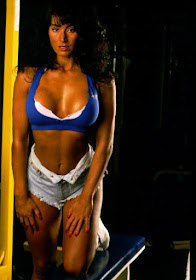 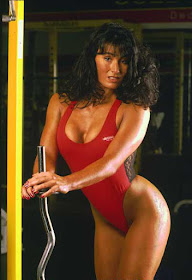 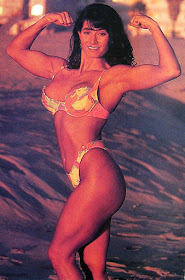